In Chess but Less, there is only one type of chess piece on the board. The pieces must be moved to certain objectives on the somewhat non-standard board. However, the game generously allows you to design your own moveset for the pieces.

The game works in two stages:
1. Design a chess move by choosing three directions in the right panel. This move will be used by all pieces.
All symmetric moves will also be allowed.
2. Move all pink pieces to the pink tiles and all black pieces to the black tiles, without capturing any pieces. The pieces may not be moved before exactly three moves are added in the design phase.

Use the reset "R" button to reset the board and the moveset.

Very nice game! The puzzles were quite difficult which was fun and I liked the chill music playing in the background. I liked the fact that you had to put 3 moves as this really did made the game a lot more difficult. Overall a very nice and enjoyable game :D

I don't know if you've heard of Game Development World Championship before (gdwc2019) but it's a competition for indie game developers where they can submit their games and it's free! It's great if you want some more visibility for the game and it only takes a couple of minutes to join :) 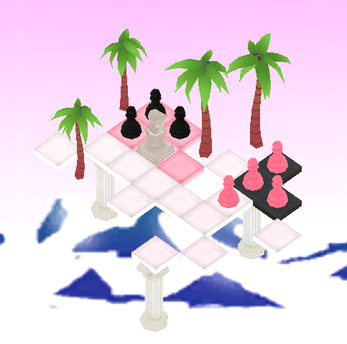 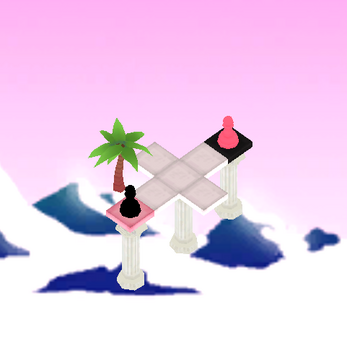 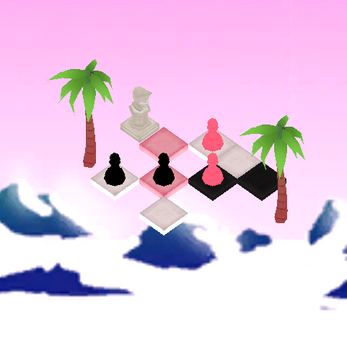 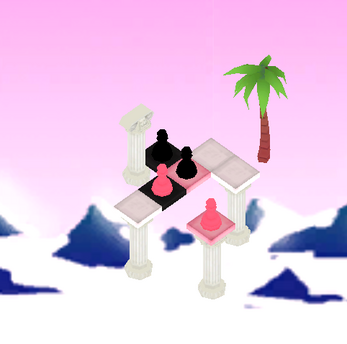